The Taming of the Shrew and The Tamer Tamed

The Autumn Term ended with the Senior School production of Shakespeare’s The Taming of the Shrew and John Fletcher’s protofeminist sequel, The Tamer Tamed.

Both plays were performed by the same company, with many of the cast playing the same character in both pieces.

Director and Drama teacher Mr Alex Rogers said: “As far as we can tell this appears to be the first time that both plays have ever been performed by the same cast in a school production, and it was incredibly impressive to see such a huge project led by such a young cast, as the vast majority of the company were L5 pupils.”

The show was also defined by its live music (also performed by the cast) and the fact that the whole double-bill was costumed by a team of U5 and L6 pupils.

Mr Rogers said: “This was a true ensemble production, and both cast and crew deserve huge credit for bringing it to fruition with such aplomb.” 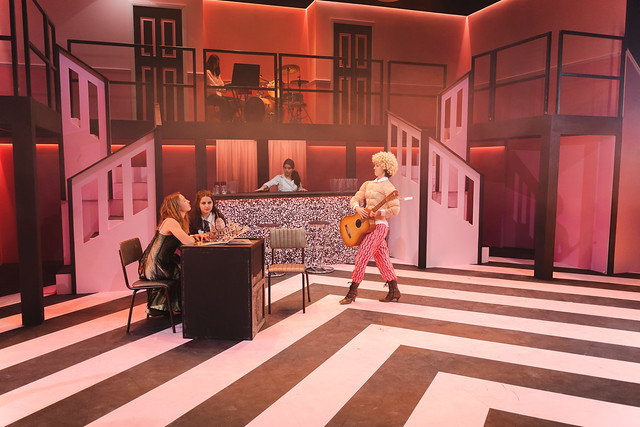