Over half term, 30 J16 and senior rowers travelled to Switzerland for a rowing camp on Lake Sarnen.

After a very early start, the rowers, accompanied by two of the coaches, caught a flight from Heathrow to Zurich airport then travelled by train to Lucerne. They spent their afternoon and evening in Lucerne taking part in a scavenger hunt and exploring the town.

Following a night in a converted prison, the girls were up and ready to head to Lake Sarnen. It took another train ride for them to arrive and get settled into the Swiss Rowing centre, their accommodation for the next few days.

That afternoon was the first trip out on the lake. Surrounded by the mountains, the girls were training three sessions a day for the majority of their time there.

Camp started with a surprise 30-minute erg test which set the tone for a good week of training.

The week consisted of lots of rowing, amazing food and a dress up night, which the J16s won with their group costume of the minions.

On the last full day, the girls took part in a 5k sculling time trial, with a large number of singles, two quads and a double all competing for the top spot in the percentages.

It was a good week of strengthening and improving on the water before starting winter training.

The Captains of the Boat Club for the 2022/23 year, both named Amelia, said: “A massive thank you to Ryan, Chris, Helen and Caroline for helping make it such an amazing week.” 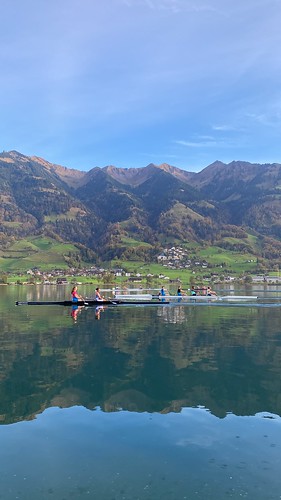