The U11A Hockey team fought off tough competition to reach the top eight in their national championships.

At the IAPS National Finals on Friday 11th November, the girls won three of their group games and finished second in their group. This meant they qualified to progress to the Cup competition.

Each player contributed to the amazing team display and showed great strength, determination and togetherness throughout the tournament. The team have made school history by making the finals and the cup quarterfinals. The team were narrowly defeated by Downsend in the quarter finals by a single goal.

Hockey captains Phoebe and Audrey led by example all day and in Audrey’s words – “this is only the start of our Hockey journey.” 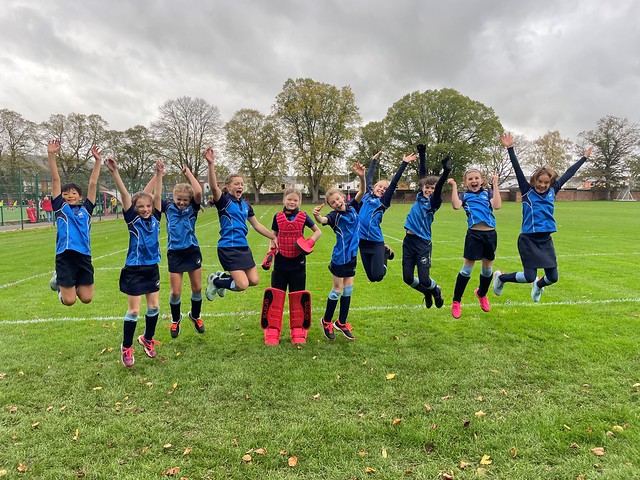