A hubbub of laughter, excitement and a few tears of joy filled the Hive as girls came together to celebrate their GCSE results at Headington.

While most received their results electronically, many chose to come in to school to mark the occasion with teachers and friends.

This year 38.9 per cent of all grades at Headington were 9s, the highest possible level. Thirty-three girls achieved 10 or more 8s or above, ten achieving 10 or more nines and six securing straight 9 grades.

The proportion of all exams taken graded at the equivalent of 8 or above was 62.6 per cent while 82.7 per cent were at a 7 or higher

Outgoing Head of Year Trinity, who achieved six 9s, two 8s, a 7 and a 6 was among those celebrating with friends. She said: “It was very nervewracking, I think doing Year 10 exams helped so it felt normalish.” She will take A Levels in Biology, Physics, Geography and Politics at Headington and said: “I love it here and I always have and I really love our year. It’s so nice to see all the teachers today!”

Ayanna recorded straight 9s. She said: “I am really so happy, it’s such a relief. I hoped for it but you never know and it’s a really nice feeling.”

As has become a tradition, a large contingent of those picking up their results were en route to Reading Festival. Jessica pitched her tent last night, came home to collect her results and will be heading back later. She was delighted to receive five 9s, three 8s and two 7s. She said: “We’ve got a little group together and we’ve all got our tents set up ready. I am so surprised, I was having this dream of opening up and seeing 4s so this is great, I think it was all a fluke! I am particularly pleased about my 9 in Chemistry.”

Katarina is looking forward to her fourth version of Headington – having been through the Nursery, Prep School and Senior School before moving on to Sixth Form to study Psychology, Photography, Physics and Maths. She picked up three 9s, five 8s, two 7s and an A* in Food and Nutrition. She said: “I wasn’t really worried at all until this morning when I thought what if it’s actually bad so I am just relieved. I will celebrate with a nice walk with the dogs, maybe some ice skating.”

It was a family affair for Head of Classics Mrs Louise Workman who joined her daughter Bethan as she collected her results – including a 9 in Classical Civilisation, which she was taught by her mother. Bethan, who will be a Sixth Form Academic Scholar, achieved eight 9s and two 8s. She said: “It wasn’t too bad having my mum as the teacher, it was fun! I am looking forward to joining the Sixth Form and excited to get started and move on.”

Mrs Workman joked: “I secretly thought she might do very well.”

Alex, sister of former Head Girl Georgie, was forging a path in her own right after achieving eight 9s and three 8s and being awarded an academic scholarship. She said: “I’m very pleased, I couldn’t have asked for more. I am pleased with myself that I worked for this and now I’ve got the fruits of my labour so it feels very satisfying.”

There were fantastic results in various subject areas, with 92.5 per cent of those taking performing arts GCSEs (Dance, Drama and Music) achieving at least a seven and 85 per cent achieving an 8 or 9. The Classics were also well represented, with nearly 95 per cent of all those taking Classical Civilisation, Greek or Latin, receiving a seven or better and in Modern Languages, 97.4 per cent achieved seven or higher. Our Historians were also celebrating with 73.4 per cent 8s and 9s, while of those taking Further Maths – more than one in three of the year group – an incredible 95.2 per cent received an 8 or 9 grade.

Headmistress Caroline Jordan said: “This is an absolutely fantastic set of results from a group of girls who have worked incredibly hard over the last two years. It is always wonderful to be able to celebrate with them and today was no exception.

“We can’t wait to see what wonderful things they will achieve in our Sixth Form – it’s really exciting to see them discovering their strengths, interests and talents and developing them as they prepare for the future.” 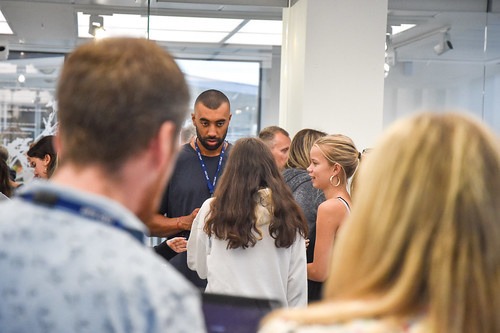